Jim Rooney and The Irregulars return to the stage for the first time since the pandemic!

Glad we made it through the holidays in one piece, and here's to a GREAT 2022. Music can help change the world and we have the power to make things better... Peace and Love to all. 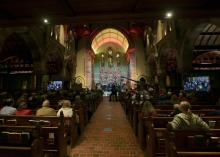 https://youtu.be/2XWf76Qfaug - here's the link to the video. Copy and paste into your browser.

The 2021 Nashville Unlimited Christmas concert premiered at 6 pm on Dec. 13 and will be up through Christmas. Enjoy the music and please donate if you can! Here's the press release....

22nd Nashville Unlimited Concert for Room in the Inn Lights Up Music City!

The Nashville Unlimited Christmas benefit concert for Room in the Inn returns Tuesday, Dec. 7 for the 22nd consecutive year at Christ Church Cathedral at 900 Broadway. Over the past 21 years, Nashville Unlimited has raised more than $488,000 for this amazing organization. Last year’s show — filmed without a live audience — was exhibited on the internet for one week and raised over $25,000. 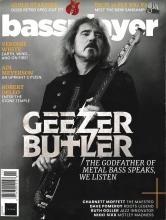 Black Sabbath's legendary bassist Geezer Butler is on the cover, and there is an excellent two page interview with Dave as he talks about his musical journey. Now available!

Hi there. I just wanted to say "thanks" to all of you that took the time to participate in Bass Player magazine's Ultimate Bass Poll. It was a surprise and an honor to be among the 200 bassists from around the world nominated in 10 categories with 20 players in each. To be in the same poll with so many of my heroes like Paul McCartney, Jack Bruce, James Jamerson, Chuck Rainey, Stanely Clarke, and Charles Mingus and friends like VIctor Wooten, Tony Levin, Bill Sheehan, John Pattitucci and many more is very humbling.